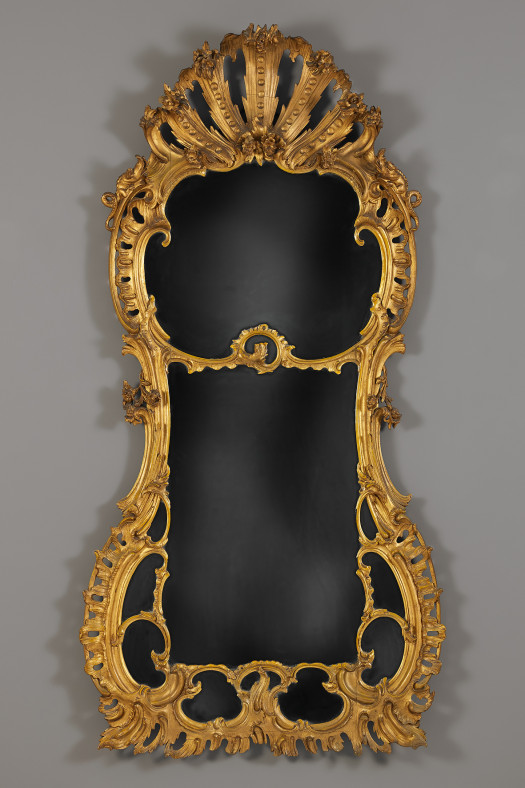 A large Dutch Louis XV mirror with an exuberantly carved frame of gilt limewood. The mirror has a waisted shape with an extravagant rocaille crest of seven acanthus leaves curling upward. The crest is flanked by two dragons with curling tails. The frame is decorated with, partly openwork, woodcarving. The lower part of the mirror has large openwork areas framed in stylized leaf motifs. A rocaille running over the middle gives the impression that the mirror is divided in two parts. The middle of the rocaille is decorated with another dragon. The mirror expresses an extremely rich and airy character. This exceptional specimen has a very unusual form. Probably the artist found his inspiration in English sources. Throughout the eighteenth century mirrors are put up over the fireplace or between windows. As such they were an integral part of the interior. Often mirrors were flanked by wall sconces or candelabra to get maximum benefit of the candle light. Large mirrors were costly in the day and were the showpieces in an interior to demonstrate wealth.