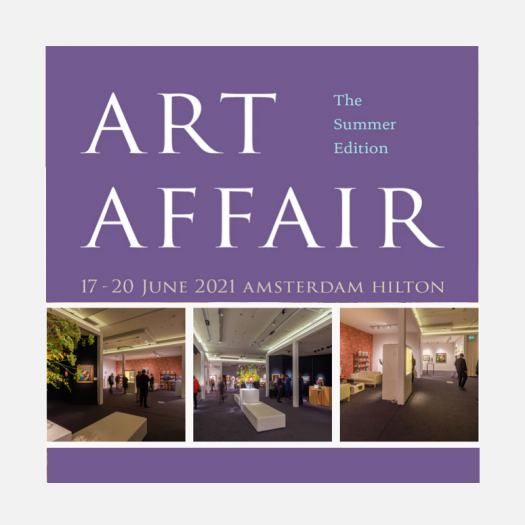 17 - 20 June 2021 ART AFFAIR Amsterdam Hilton | The Summer Edition . 12 leading dealers in the field of art, antiques and jewellery invite you to the second edition of Art Affair in Amsterdam Hilton.

After a successful first edition in September 2020, the six original exhibitors now organize a second edition of this sales exposition together with another six befriended colleagues.

Art Affair, The Summer Edition will be held at the Amsterdam Hilton where both the Ballroom and the so-called Orange Rooms will be transformed into a luxurious and intimate boutique event at which visitors can safely roam around, in line with the latest guidelines of the National Institute for Public Health and the Environment (RIVM).